2019 Update from Free the Bears 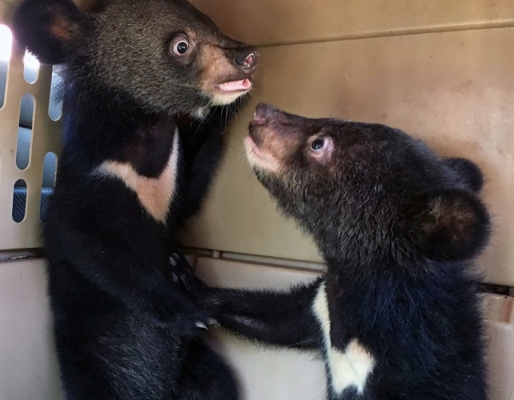 Action for the Wild first began supporting Free the Bears in 2011 and has donated over £51,000 to date. Our funds currently go towards improving facilities and caring for rescued bears at the Luang Prabang Wildlife Sanctuary in Laos.

So far, 2019 has been a record year for bear rescues, with 15 bears rescued to date. The team have been working to rescue some of these bears for a long time, such as two moon bears (Laos Rescues #67 & #68) which were finally rescued in February after an 18 month long process.

The majority of bear rescues in Laos are moon bears. However, on Sunday June 2nd, the team set off for a 1,000 km trip to the other end of the country to rescue a four year old sun bear (Laos Rescue #71). This four-year-old female sun bear is the second sun bear at the sanctuary and she will eventually provide company to sun bear, Mary Xmas (Laos Rescue #66), who arrived in December weighing 4.4kg, in a malnourished and dehydrated state.

August and September have proved the busiest months for rescues. When the team set out on August 19th to rescue two young moon bear cubs from a remote province in northern Laos, little did they know that by the end of the day they’d have five cubs; their largest ever rescue. The team then rescued another 4 moon bears in September; in early September they rescued two adult moon bears that were being kept as ‘pets’. Grossly overweight from a poor diet and being locked in a small cage for years, they’re now on the road to recovery, then later in the month they also picked up two tiny moon bear cubs.

Whilst 9 rescues in three weeks demonstrates the result of increased government enforcement of wildlife laws, this also raises many questions. Where are all these orphaned cubs coming from? How many more just disappear? How are the centres going to cope with this influx of rescues?

Work at the centre has also continued in full force this year. Bear House 3 opened in late January allowing a group of juvenile female cubs from the old centre to move in. Bear House 4 is almost completed, which will again allow another group to be moved up from the old facility. Additional security fencing has also been erected and the team are now completing the Quarantine House and Cub Nursery before moving on to additional bear houses.

Their Wildlife Hospital is finally up and running. As the only facility of its kind in the region, the hospital will be of enormous benefit to wildlife in Laos. Already Dr Kath is hard at work having completed procedures on bears, macaques, civets and a pangolin. This pangolin is the first Chinese pangolin Free the Bears have ever rescued and has gone into the newly completed specialist facility for pangolins. This critically endangered species has made it through a delicate period and appears to be on the road to recovery. 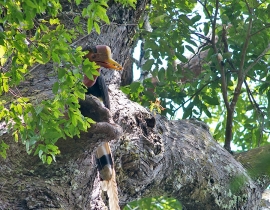 A sanctuary in Cambodia has recently seen a deluge...