In the early 20th century, there were around half a million rhinos across the world. Today, their numbers have dramatically decreased, with all five remaining rhino species listed on the IUCN Red List of Threatened Species. Sadly the western black rhino was declared extinct by the IUCN in 2011 and there are only FIVE northern white rhinos left in the world!

Rhino poaching has reached a crisis point, particularly in South Africa, where 1,215 rhinos were killed in 2014 alone. That’s one rhino poached every eight hours! If poaching continues at this rate, rhino deaths will outweigh births, and rhinos could be effectively extinct in the wild as soon as 2026.

Every day brave rangers are risking their lives to protect the world’s rhino species. With the increasing involvement of ruthless criminal syndicates, today’s poaching gangs are armed and dangerous. The poaching crisis isn’t just affecting rhinos, it’s having a major impact on human lives also. Our donation has helped the HiP anti-poaching patrol to carry out extended patrols, camp in the field and have the necessary enforcement equipment should they come into contact with poachers.

Help a ranger help save a rhino: 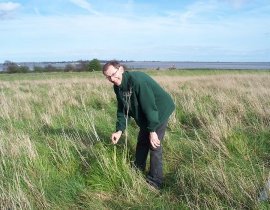