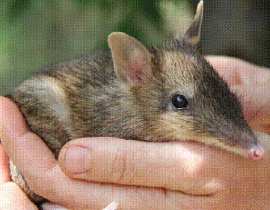 The Conservation Breeding Specialist Group (CBSG) is a global volunteer network of over 300 conservation professionals, coordinated by 5 headquarter staff and assisted by 10 regional and national networks on 6 continents. CBSG began in 1979 and has assisted in the development of conservation plans involving over 240 species, through more than 500 workshops held in 67 countries. CBSG collaborates with many zoos and aquaria, universities, non-governmental organisations and corporations; working together to ensure the long-term sustainability of endangered species and ecosystems around the world.

Every year, Action for the Wild receives an annual report from CBSG from the year before. Below is a review of CBSG’s successful work in 2012.

One of CBSG’s success stories for 2012 was promoting wattled crane conservation in South Africa. This crane species is listed as vulnerable, but in South Africa it is nationally considered as critically endangered. This long-lived and slow breeding species is threatened by habitat loss, poisoning and powerline collisions. In 2000, a Wattled Crane Recovery Programme (WCRP), was set up and this has steadily built up an ex situ population of cranes. This has been done by harvesting, incubating and rearing ‘doomed’ second eggs. There is now a captive flock of 44 birds, and plans are in place to release these back into the wild during 2014/15.

CBSG have also seen success in modelling interactions between threatened and invasive species in Puerto Rico. Yellow-shouldered blackbirds are threatened by the invasive shiny cowbird, along with other invasive species, such as rats, mongoose, domestic cats and possibly green iguanas, boas and rhesus monkeys. Shiny cowbirds are just like cuckoos; laying their eggs in the nests of other species, therefore ‘tricking’ the surrogate parents to raise the cowbird chicks at the expensive of their own reproductive success. The plan is to now monitor the blackbirds during the breeding season. So far, 200 artificial nest structures have been placed in the blackbird’s mangrove habitat; these will be monitored and any cowbird eggs will be removed.

Eastern barred bandicoots were once widespread in western Victoria, but are now extinct on mainland Australia. This is principally due to habitat loss and predation by introduced red foxes. An ex situ breeding programme, coordinated by Zoos Victoria, provides a source of animals for reintroduction. Currently only 2 of the 8 release sites still contain bandicoots. Inappropriate site management resulting in the failure to exclude foxes has led to these failed attempts. Research is now being gathered on carrying capacities at current and potential release sites, to explore other strategies to conserve this species.

Other success stories include; confronting the new threat to western pond turtles; collaborating for conservation in Djibouti; identifying actions for river turtle conservation; addressing climate change head on and measuring the impact of human behaviour on conservation efforts.

Action for the Wild has been supporting VulPro in...

Experts are urgently working to save Australia’s Southern carroboree...