Wild tigers and leopards could be facing yet another threat to their survival, this time from Canine Distemper Virus (CDV) – a disease usually found in dogs.

The strong suspicion that CDV may be threatening wild Sumatran tigers led to an initiative by Wildlife Vets International to help set up the Sumatran Tiger Health Forum, an Indonesian organisation to identify significant widespread and emerging diseases in tigers across the island.

One symptom of canine distemper is that tigers seem to lose their fear of people, which increases the chance of human-tiger conflict and leaves the cats easy prey for poachers.

Wildlife Vets International is a charity that provides veterinary support and skills to conservationists saving endangered species. Through the new Forum, experts can research CDV in or around core tiger habitat site. It is important to find out why the tigers have been reported to be behaving abnormally, how they are catching CDV and how to tackle the problem, to prevent the loss of even more wild Sumatran tigers.

Colchester Zoo’s Action for the Wild charity has been supporting Wildlife Vets International since 2007 by donating funds towards the organisation’s vital conservation and veterinary training work, particularly with the critically endangered Amur leopard.

CDV has been identified in the Amur tiger population and data collected so far does show evidence of leopards having been exposed to the virus too. A Disease Risk Assessment (DRA) for the Amur leopard has been published as it will be one of the key documents advising the Amur Leopard Reintroduction Plan. The primary purpose of the DRA is to proactively minimise the likelihood of disease arising in any of the leopards involved (imported leopards and their progeny), and in any other wildlife, domesticated species, or humans, in the vicinity, as a consequence of the reintroduction programme. 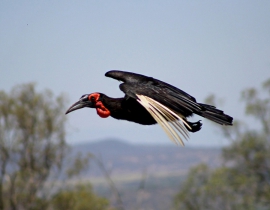 On the 18th October, staff on UmPhafa got a wonderful...