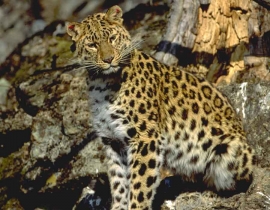 In December, four calls were received from different Namibian landowners all involving leopards and all involving livestock losses. One of these calls was to ask for advice on how to manage the conflict; a second call was not so positive and ended up, despite best efforts, in the farmer shooting the leopard in question. The third call, which is still an ongoing case, involves a farmer who despite losses to his livestock has requested the capture, collar and release of the leopard for long term monitoring. Therefore a cage is now set on his property to await the capture of the leopard at which point the animal will be collared and released with the farmer sent daily updates, allowing him to better manage his livestock in relation to the leopards’ movements. The fourth leopard was a large male caught in a cage less than 50m from a family homestead. The Rapid Response Unit embarked on a 2000km round‐trip journey to transport this leopard from where it had been captured to a place where it would have a second chance to live free and away from conflict with humans.

In January, two calls were received. The farmers from the first leopard call agreed to implement a system of kraaling their livestock at night when the most predator activity occurs. The second farmer has experienced high losses and is interested in capturing and collaring the leopard to determine its movements and work towards livestock protection techniques.

Since the start of the spotted hyena study on Kanaan in July 2016, the research team have identified 17 individual spotted hyenas and their movements. In June 2017, our funds helped cover the costs of a GPS collar used to collar a male spotted hyena from the north clan.  In December, activity of the south hyena clan remained slow. The north hyena clan is still regularly active, but attempts to dart and capture over the past three months have still been unsuccessful. In early 2019, they tested a trap which will confine the hyenas within a small holding pen for closer darting. A triggered VHF signal will warn the team precisely when the  hyenas enter the boma and minimise the time between capture and immobilisation. Test trials began in early January and will continue in February, with a second trap built within the territory of the south clan. 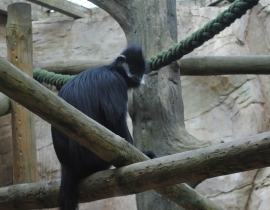 The François’ Langur Conservation programme was set up in... 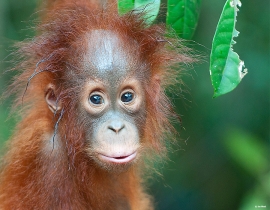 In mid September, Foundation rescue teams were called out...