On the 3rd October, the Free the Bears team rescued their 11th bear in Laos for the year, compared to 10 rescues in 2017. This is the 64th bear rescue in Laos.

The moon bear was rescued from a construction company where he was kept as a pet in a tiny cage. It  was a tricky rescue, as the team had to coax the young male (around 3 years) down from a roof after the owner released him from his cage. They managed to retrieve him safely with honey and he is now at our Luang Prabang Wildlife Sanctuary with a much brighter future ahead.

The team also rescued their first Asian golden cat. Bedraggled, starved and terrified when rescued, she now appears to be healthier, calmer and settled into a specially constructed new enclosure. 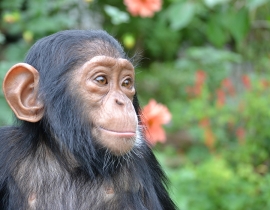 Chembo, a female chimpanzee, was confiscated from the illegal...