Colchester Zoo’s charity, Action for the Wild, has been raising funds for the Hluhluwe-iMfolozi Park in South Africa, a Save the Rhinos’ project, since 2005. The rhino horn trade has been on the increase since 2007, and as of the 6th November 2013, 825 have been killed for their horns in South Africa so far in 2013 alone! There is no doubt that over 1,000 rhinos will be killed by the end of 2013. This, on average, means 2.6 rhinos are killed per day and that over 100 rhinos have been killed within the past month. This figure sadly surpasses the total killings for the whole of 2012, when 668 rhinos were illegally poached. 60% of the rhino killings took place in Kruger National Park, which has lost 476 rhinos this year. This means, since 2007, there has been a shocking 5000% increase in rhino poaching in South Africa. At the current poaching rate, rhino deaths will soon exceed births and, if this happens, rhinos could go extinct by 2026!

In May, Action for the Wild sent its donation of £4,930 to the Hluhluwe-iMfolozi Park (HiP), and Save the Rhino’s are pleased to report that these funds have been put to good use. The overall goal of this project is to protect the important rhino populations of Hluhluwe-iMfolozi Park and significantly help law enforcement staff combat further rhino poaching losses.

Funds were used to purchase the following; 2 DSLR cameras, plus a set of 3 lenses for one camera, accessories for the cameras, a stabilised 75x300mm zoom lens to use in the air to identify rhinos, 2 Cybertrackers, a metal detector, 4 deep-cycle batteries, assorted batteries, 18 pepper sprays, 36 handcuffs and firearm cleaning material.

The equipment purchased has directly assisted in increasing black rhino monitoring figures sent to HiP’s research department each month, thanks mainly to the two new cameras and zoom lens accessories, as well as improving HiP’s ability to retrieve evidence from rhino crime scenes via the use of metal detectors.

As with the rest of South Africa, Hluhluwe iMfolozi Park has been hit hard by poaching. During the first few months of the year, a few rhinos were poached mainly along the corridor road. There was then a lull in poaching until around June, when one white rhino was poached in the north (Hluhluwe) and another four around the corridor road area. A further three were poached in the same area that was hard hit in 2012, during the period that the media called “Black September”. The poachers were almost caught on this occasion and then, thanks to donor-funded equipment and overtime budgets, field rangers camping in the area eventually engaged a group of poachers after hearing gunshots. In the contact, they wounded and arrested one poacher, and recovered the horns of the rhino just poached. This endeavour lead to further arrests and the seizure of the firearm used. Close work with forensic specialists, as well as improving tactics, is making poaching in the Park a far more difficult endeavour than before. Continual support on the ground is required to contain this onslaught, whilst the state’s leaders fight the political and diplomatic war to cut the head off demand.

Dirk Swart the Section Rangers at the reserve comments on AFTW funds;
“Colchester Zoo has been with us through thick and thin; they have supported us during quieter times and now during this very intense rhino war. All support is greatly appreciated, it all adds up and makes the work on the ground so much more achievable. Thank you so very much for sticking with us and giving us all the support you have given us over the last 7 years or so”.

Colchester Zoo will continue with its support of this project. We hope to continue raising awareness about the current poaching crisis threatening the survival of the world’s 5 remaining rhino species. Please donate today by visiting the donation page.

Picture of a black rhino photographed in the air thanks to new equipment © Dirk Swart. 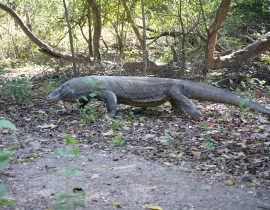 Support for Save the Rhinos International dog unit!