Can we tackle the demand for rhino horn?

In 2012, 668 rhinos were killed in South Africa alone. That was one every 13 hours. Now it said one rhino is poached every 10 hours. Over the past six years, rhino poaching has increased by a staggering and unprecedented amount and is mainly attributed to the growing demand for rhino horn from Vietnam. So can the surge in demand be tackled?

This is not the first time that rhinos have faced such a crisis. From the late 1970s to the mid 1990s, most rhino populations were ravaged by phases of intensive poaching to support the medicine trade in Asia and jambiya dagger handles in Yemen. This caused some black rhino populations to disappear in some countries. In fact, black rhinos declined by 97.6% from 1960-1994, with only 2,410 remaining in the wild. The northern white rhino fared even worse and was virtually eradicated through its range, and was declared extinct in 2011.

Rhino horn has been used in Traditional Chinese Medicine for thousands of years. It is classified as a ‘heat-clearing’ drug and was often combined with other medical ingredients to treat fevers, convulsions and epilepsy. Horns were even carved into highly prized libation cups and chalices, which were reputed to have the ability to detect poison. For years, there have been ever-shifting peaks in demand for rhino horn from various countries.

Governments in Japan, South Korea, Yemen and Taiwan have, over the years, managed to reduce the demand in rhino horn in their countries. Concern still exists in China as there are varied avenues for illegal trade, but overall, over the decades, intensive international pressure and outcry at the rhino crisis led to poaching levels and the illegal trade gradually declining. In fact by the mid 1990s, virtually all major traditional consuming countries had a ban in place. Between 1990 and 2005, losses in South Africa averaged 14 animals each year. Sadly, since 2005, killings have surged and the situation is now at crisis point. Vietnam is now the world’s largest recipient of both legal and illegal rhino horn from South Africa.

The current rhino horn trade in Asia appears to be linked directly with economic development and increasing levels of disposable income. Vietnam, over the past few decades, has experienced some rapid economic growth; this has increased the demand for wildlife products. Rhino horn is often used as a status symbol amongst the wealthy, in business deals and social gatherings, where it is ground into powder, mixed with water and drunk. It is also being used for non-traditional purposes, such as a miracle cancer cure, and as a body detoxifier following excessive consumption of alcohol or rich food. With the alarming rate of poaching, there is a serious cause for concern, and an urgent need for action from Vietnam. Bans in the past have been implemented by CITES and the same force used with other countries needs to be applied to Vietnam. The priority now is for the Vietnamese government to show political will in tackling the illegal trade, along with public awareness campaigns to change attitudes and increase understanding of the damaging effects of illegal wildlife consumption.

Recent history has shown us that demand can be reduced in Asia, so organisations are positive that this can and will be done again. 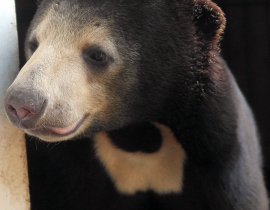 Volunteering at Free the Bears, Cambodia

By Nikki Brown, Presenter and Conservation Assistant at Colchester... 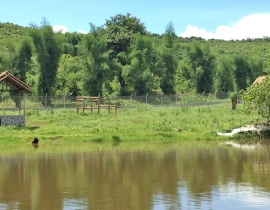 The months of June and July have been busy...