The greater bilby (Macrotis lagotis) is a widely known and beloved Australian icon that has suffered an ongoing decline in range and abundance since the introduction of exotic mammals to Australia. It is thought that as few as 300 individuals remain. Thirty-nine participants from 29 organizations met to forge a plan for recovery of the greater bilby across its former range. The outcomes of the workshop will inform a review of the Federal Government National Bilby Recovery Plan as well as state conservation plans for the species.

The Vancouver Island marmot (Marmota vancouverensis) is a conservation success story in action. This species inhabits sub-alpine meadows on the island of Vancouver and is one of only five endemic Canadian mammals. Wild populations declined dramatically starting in the late 1980s, possibly due to changing habitat and predator-prey conditions. Only about 30 marmots remained in the wild by 2000. Since 2003, over 450 marmots have been released into the wild, leading to the re-establishment of a population in the southern core of the species’ range. A recent workshop discussed and evaluated the status of and challenges to the various marmot populations; identified important data gaps hindering effective management; and recommended actions to promote marmot recovery. This story is an example of a One Plan approach to conservation effort, which combines fully integrated in situ and ex situ populations along with collaboration among government, industry, academia, zoos, and an NGO, working to avert species extinction and progress toward species recovery. 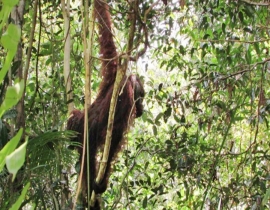 The biggest threat facing orangutans is habitat loss and... 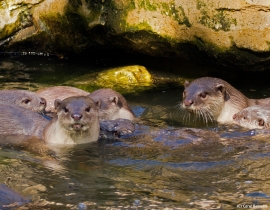 Educating the future of otter survival

Pollution from oil spills is a very real threat...